As I drove along the track to the lake it was clear that autumn was upon us, and there was a distinctive chill in the air coupled with the leaves on the trees turning golden coloured, but it was also my favourite time of year for fishing, and certainly a big carp time of year. I must admit to misjudging first light time, as I pulled into the car park it was still pitch dark! I was delighted to see only one other car there, and I located my stove from the car boot and fired up the kettle in the car park as I waited for the dawn to break. I had a quick chat to the other angler before setting off round the lake to see if I could find anything promising. This proved difficult, and after a couple of hours I hadn’t seen a bubble, let alone a fish. This was the first time I’d not found any sign of fish on this lake before setting up, as much of the lake is silty spotting bubblers has always proved fairly easy, and the first few hours of light before there is any wind on the lake was always the easiest time. 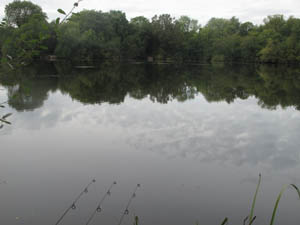 I had to make a bit of a guess and in the end I went for a swim that I’d fished last time, as it looked as good as anywhere else, and my lines were already marked up from the last session. However, after a few casts it was clear that the spots were now covered in a layer of black silt weed, and felt much softer, and they didn’t really give me much confidence. I moved the rods to slightly firmer areas and spodded out some hemp, but I wasn’t too hopeful, the only good plus being that I could see almost the whole lake.

Much to my surprise about 2 hours later I was away on the left hand rod, which was fished on a really soft bit and not on exactly what I thought was ideal. I had the fish about half way in and it was all going as planned, when for no reason the hook fell out. This had happened on the last session, when I had experienced two hook pulls for no apparent reason, which with the hinged stiff rig I was using was really rare, it’s a rig that always seems to nail them. I can only think that the silt weed must affect the presentation of this rig, and cause it to be less effective in hooking. However, that proved to be my only action and I woke up the following morning to an equally lifeless lake as when I had arrived. When I had been fortunate enough to catch a few last trip, between takes I had received a number of savage liners, but this time I’d not had any, telling me there were no fish about at all. 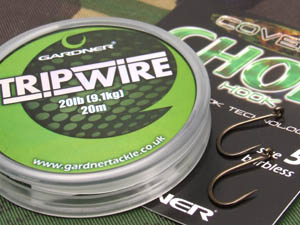 I wound in and set off for another look round, determined to at least give myself a chance for my last night. In my old days I would probably sat it out in the hope of the fish turning up, however with my fishing time being so precious now, I simply can’t afford to, and I now try as hard as I can to give myself a chance. As I got down towards the car park I immediately noticed a mass of fizzing about fifteen yards out. As I watched, it stopped and started again soon after, and then more came up a few yards away to the main patch. That was enough for me, and I was racing back to my swim throwing my gear onto the barrow in double quick time. It never ceases to amaze me that when I pack my kit to come fishing it all seems to fit easily into each allocated place for it, and every zip seems to shut with no problems. However, when you’re rushing to move, nothing fits in where it’s supposed to, none of the zips shut and then the barrow seems to have a mind of it’s own as to what direction to go!

Anyway, eventually I was standing in the car park swim and was relieved to see the sheeting was still continuing, perhaps even more so. I quickly got one rod with a chod rig on and overcast the bubbling with a little 1oz lead on, before holding the lead back to land perfectly in the middle of the biggest patch of bubbles. It went down with a nice silty thud. I simply laid the rod down on the ground and waited for the inevitable take. That wasn’t going to happen though, as my careful cast right into the middle of the fish wasn’t going to do my chances any good, as immediately after casting I never saw another bubble. Good angling Rick! 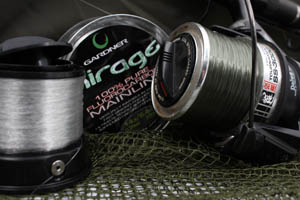 With that I set off for another look round, stopping to chat with the other angler, a nice guy called Alan. He had caught a fish that night, and kindly told me that they had been really showing in his end of the lake, all that night and still were that morning! One look in the swim next door was enough, it was a mass of bubbling, and 2 fish rolled within five minutes. Alan was packing up, so I waited until he had gone before having a quick lead about. I had not fished up this end before, so I had no idea as the any features within the swim. I cast out with a 2 oz lead, feeling it down onto nice firm silt before it locked up behind a serious bar about 60 yards out. By now it was afternoon and as is usual the fish activity had stopped, so it was a good time to be getting my rods out. I marked up my lines by pacing them out with the marker rod, and did the spod rod too. I had my lines marked so that I was fishing about five yards behind the bar, which was hard silt and there appeared to be none of the dreaded silt weed at all down this end. I put out two hinged stiff rigged Essential B5 pop ups and fired them out until they hit the clips. I was happy when each went done with a nice firm drop. I put the shelter up and sat back knowing I was in with a decent chance.

I was away the following late morning, and the day dawned cold and clear, in fact that night was my first one since March that I actually got inside the sleeping bag, rather than just under the cover. I hadn’t heard anything in the night, and the lake was flat calm as the sun rose, which at least began to lift the temperature. Soon after I began to see the odd patch of bubbling, nothing like the previous day, but encouragingly it was almost all directly on my baited area. It would appear for a few minutes, then stop and start again soon after. I was clock watching, as I knew I had to be away at lunchtime, and praying I would get one chance before I had to leave. I was on my sixth cup of tea when the right hand rod absolutely ripped off. I was using slack Gardner Mirage fluorocarbon mainline which really sinks well, and with so much slack by the time I had any indication the rod was bouncing and the clutch spinning. The fish went hard to my right along the back of the bar, but with no real snags or weed it was all pretty straightforward, and I allowed it to plod around in front of me in the deep margin. I saw it was a mirror, and knowing all of the big ones were commons I relaxed even more, soon pulling it over the net. 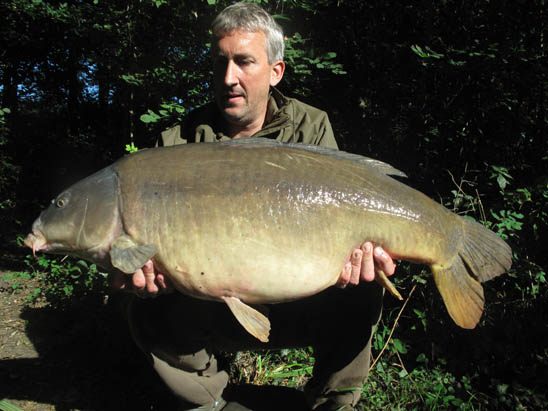 One quick look showed it to be a very pale fish, which seemed a fair bit bigger than I had first thought. As I lifted it out I could feel it was heavy, and on laying it on the mat I saw it was a rare fish indeed, a true leather, light grey in colour, with small fins and no scales at all. Probably only the second true leather I’ve ever caught. This one was nailed on the chod hook, way back inside the mouth, testament to the hooking power of the hinged stiff link. It weighed 36lb 2oz and it looked stunning in the autumn sunshine. As I slipped it back I knew I wasn’t able to return for some time due to work, but that being my 7th fish in two trips I couldn’t wait to get back.

A couple of days later I took my youngest son out for a night’s fishing to another local lake. It was an adventure for us both, with him on his small bedchair at the back of the bivvy and me in front nearest the door. I wasn’t even close to catching, and I now know that a 4 year old isn’t conducive to margin fishing! Oh, and with him being about two feet away all night he can’t half snore! It was great fun though, and if this helps him enjoy fishing as much as I do I’ll be delighted.