The Only Way is Yateley – by Ian Lewis

With 48 hours of angling ahead, my chosen venue was to be CEMEX angling’s South Lake on the Yateley complex. This is an extremely attractive, mature 12 acre gravel pit that is packed full of features and contains a head of 300 or more carp that top 30lb. Furthermore, angling on the lake is available on a day ticket basis giving everybody a chance to experience fishing on the famous Yateley Complex and its wonderful atmosphere.

I opted to start my session on a Wednesday, to try and avoid the crowds and to give myself a better swim choice. 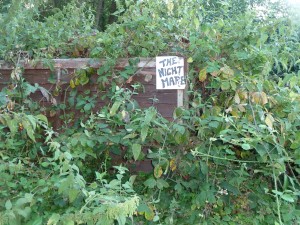 After a brisk walk around the lake checking for signs of carp, I decided to fish a double swim known as the Nightmare. It offers a good amount of open water, access to an island and the channel to my right, and to my far left a large willow tree that’s all too inviting.

After a quick lead about, just to get an idea of the bottom and depth, I opted to fish two different approaches. 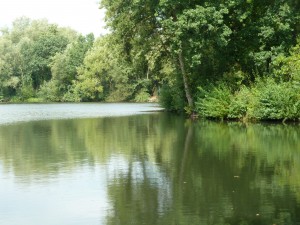 My first was to fish a choddy over a good spread of 16 mm fruit boilies on a bar running off the island around 50-60 yards to my right. I felt it would be a good place to ambush carp running along the bar by the island and coming from out of the channel into the open water. 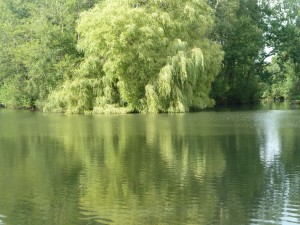 My second was to fish a tight area of mixed pellet, particles, 10mm fruit boilies, whole and chopped 16mm boilies into a small gap under the willow at around 60 yds. Due to it being much weedier on my left I opted to fish with drop off leads and as it was fishing over a tight bed of particles I fished with 4 “ hook links using critically balanced hook baits.

The line and end tackle I opted to use for this session was 20lb low-vis Green Hydro Tuff (purely for its massive strength and abrasion resistance). My chod rig was constructed from 20 lb Trip Wire, using a super sharp size 6 Gardner Covert Chod hook. This was placed onto a Covert Flexi Ring swivel which ran up a 5ft Heavy plummet Leadcore. This was set so it could travel from a Covert Buffer Bead right up to a Safety Bead set 3 inches from spliced loop. Setting it like this, right at eth top of the leadcore means that it could flutter down nice onto the gravel and when it is picked up it is in direct contact with the heavy submerged line.

On the other rod, being fished to the willow, I needed a rig that ejected the lead on the take due to the weed and a short hooklink. The short hook link was important as it meant the fish came into contact with resistance from the lead immediately after picking up the hookbait. When they were feeding over a tight bed of particles they won’t necessarily be moving their heads around a lot so the rig works faster because the carp is no longer having to move far before the rig tightens and the hook takes a hold. So for this I opted for 3ft Heavy Plummet leader, attached to a covert Multi Clip set in position 1 (first ridge) attached to a swivel and a speed link for hook link attachment. The rig comprised 4 inch Gardner Chod skin hooklink and a size 6 Mugga and a balanced bait fished “Blow Back” style. The fine tuning of any rig is important to get the most out of it so I added a large blob of Critical mass putty, moulded onto the edge of the 10 mm stripped section which I believe aids in making the hook turn faster (and obviously helps keep the rig flush to the lake bed).

Some four hours into the session, whilst chatting to a guy cleaning his BBQ in the garden behind the swim, the left rod sounded a couple of bleeps. Shortly after it pulled up tight and as I lifted my rod I was met with a heavy resistance. Some thirty seconds later, my right rod went into absolute meltdown and I lifted into that one as well!.

Panicking, I had no choice but to ask the guy in the garden to help out. As he entered the swim I gave him my left rod ,as the fish had managed to get its head down into some thick weed, and asked him to just keep reasonable pressure on while I carried on with the other rod. A lovely common soon slipped over the net cord a few minutes later, while my new found buddy kept the pressure on the other rod. A good five minutes later I saw a huge framed mirror role on the surface before it plodded about, holding deep in my margin, until I eventually persuaded it into the folds of my second net.

Many people see me on waters and think I’m either really optimistic or mad having two landing nets set up but the truth is provided you’re not trying to save on weight its always a extra safety measure as sometimes runs do come like buses and squeezing 2 carp into one net is far from ideal.

As we hoisted the mirror onto the zeroed sling after tending to a bit of minor but necessary carp care the needle spun round to 34lbs exact. 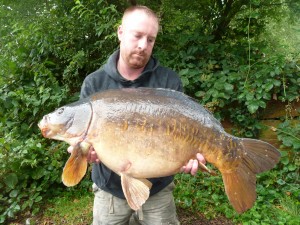 I placed the big mirror safely back into the net in the margin while we zeroed the sling again and took a reading of just over 21lbs for the second fish, which was a cracking common. Moments later two CEMEX bailiffs arrived and helped out with pictures and informed me that I had just landed the largest resident in the lake, a fish known as Pettle. To say I was buzzing was an understatement. 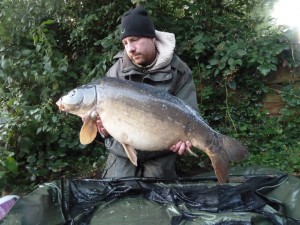 The runs kept coming even through the most horrendous weather. I found the moment the bait stopped going in the action dried up soobviously I kept topping the swim up.

By day two I had used 5kg of boilies and the same in particles and pellets. Fortunately Maria, my better half, brought me another 4kgs of bait from the freezer at home on the way to work. After an absolutely immense session I had racked up no less than 20 runs and from these I landed 17 fish up to 34lbs, with back up 20’s to 27lb 14oz, loads of doubles and a 11lb 2oz Bream. This was a most memorable session.

The Yateley South Lake is probably the best kept day ticket water I have fished in years and the team of Bailiffs are all friendly and happy to give you advice and I wouldn’t hesitate in recommending it.