I left you last time just as we moved into October and with a few fish to almost 30lb under my belt things were looking good for a autumn campaign on my local club water. Suddenly and without warning though I found myself paralysed and carted off to the local Accident and Emergency ward strapped to a spinal board! I was a little worried to say the least and suspected a slipped disc but the outcome in the end was a torn lower back muscle that had swollen, putting pressure on the spine (ouch). With that and full of pain killers and muscle relaxants I was sent home under strict instructions not to lift anything heavy. The next 3 weeks or so were agony not only due to the pain but knowing that I couldn’t get out fishing. 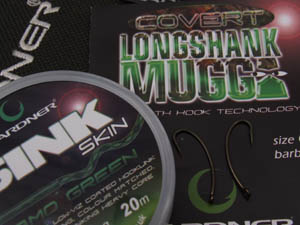 I tried on one occasion but after spending 20 minutes or so spodding I gave up as I couldn’t walk never mind set up. By the end of the month though things had improved and with Halloween just around the corner I was hoping to get out before the end of the month. 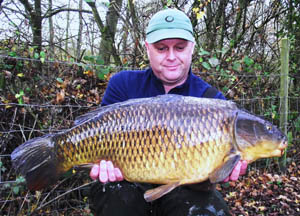 I attended a family wedding to go to over the weekend and despite not feeling quite right I dusted of the white flares and put on a brave face. To be honest it wasn’t that bad and although the Saturday night fever dance moves weren’t quite up to scratch a good night was had by all. As usual the buffet took a hammering and with the sounds of YMCA ringing in my ears I finally slopped off home in the early hours of the Sunday morning.

Later that day and feeling decidedly perked up I planned a quick over night session on the club lake. I arrived just before dusk and soon had the rods out in position and the kettle on. Within an hour or so I was away and landed a chunky 25lb mirror, a nice start to the session. As the evening progressed though and feeling a little rough in the cold damp night I decided to call it a day and was soon tucked up in bed with the better half. The next night against the wishes of the bride I returned for another go this time bringing a friend Rob hopefully to help out with the photos and make the tea. Like the previous night I got the rods out soon after dark and at 9.pm was away on the left hand rod, the fish had picked up my K-G-1 pop-up and after a lengthy battle I soon slipped the net under another scaly park lake resident. 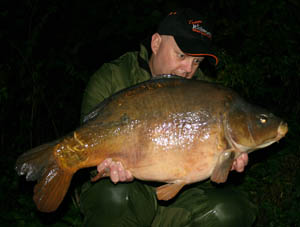 Not quite a 30 but at 29.lb 8 oz I was pleased none the less, Rob and I fired off a few pictures and we returned her safe and sound. By 10.30 pm things were going down hill quickly and the rumblings in my stomach and rear end told me something was going to come out one way or another. By 11pm I was feeling as sick as a dog, and within a few minutes deposited a mountain of sick all over the grass and surrounding area. Rob could see all wasn’t right and after the 3rd deposit of projectile vomit we decided to get me packed away and off home. Just then Rob was away and landed a lovely dark mirror of 23lb which unfortunately I had to let him deal with himself I was to busy holding onto my bedchair and trying to keep what was left inside me from visiting the outside world. Luckily by midnight Rob had packed most of my gear away and with that I left him to it. The next few days were once again spent bed ridden and well and truly out of action. The verdict was a simple one to find as half a dozen family members had been struck down with food poisoning from the wedding as well. I was seriously questioning what else could go wrong but with bonfire night out of the way and the temperatures still quite high for the time of the year I was desperate to get out and nail a few more fish before the cold weather set in. A quick evening session the following week saw me bank another 20lb fish this time a real pretty scale perfect one that once again loved the K-G-1 hookbaits, and had been well and truly nailed by the Long Shank Mugga hook. 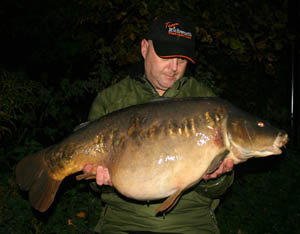 With Each passing day going quicker than the last I knew a big hit or two could be on the cards for anyone keen enough to put in the extra effort. The last week of November saw those thoughts come to fruition as over a couple of days I was lucky enough land a further 7 fish with 3 more lost due to hook pulls as the fish found sanctuary in the dying weed beds. 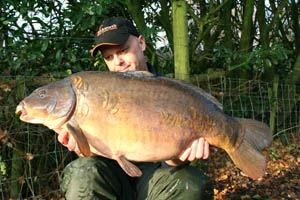 These captures all came to home made winter special hookbaits fished in solid Gardner PVA bags with crumbed K-G-1 and Tutti Frutti boilies, pellets and PVA friendly hemp in the bags. The fish of 14lb, 21lb.8 oz, 24lb, 24lb, 26lb, 28lb and 29.lb 8 oz all came at ranges between 50 and 70 yards. To say I was pleased was an understatement and made the last months disasters seem so insignificant. The best of the bunch was undoubtedly the 29.lb 8 oz mirror this heavily plated fish had gone on the missing list for over 3 and a half years and was a target fish for a number of anglers. When it finally put in an appearance earlier this year I knew I just had to add it to my photo album. 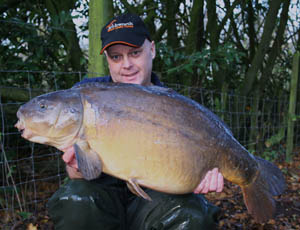 Things were looking decidedly better all round and fighting fit health wise I couldn’t wait to get back out and try my luck again and hopefully catch a few more stunning fish from the water. 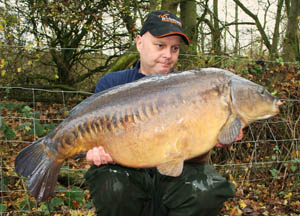 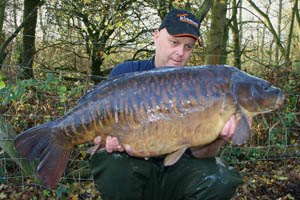