With a three night session planned in what seemed favourable conditions with low pressure, showers, and mild nights my confidence for the upcoming visit was already pretty high. That, coupled with the fact that upon arrival a member on the lake next door had kindly informed me he had heard the fish ‘boshing’ the previous night in the bay to the left of my chosen swim only helped to reinforce my pre-session confidence.

Having set up the first night I was most confident of getting action on my left rod which I chose to position through the reeds into the bay that had been the carp’s sanctuary the previous evening.

Rig wise, I opted to position an ever reliable snowman rig on an equally reliable size 8 Mugga onto a small clay margin spot I had been feeding under an overhanging tree in 8ft of water. 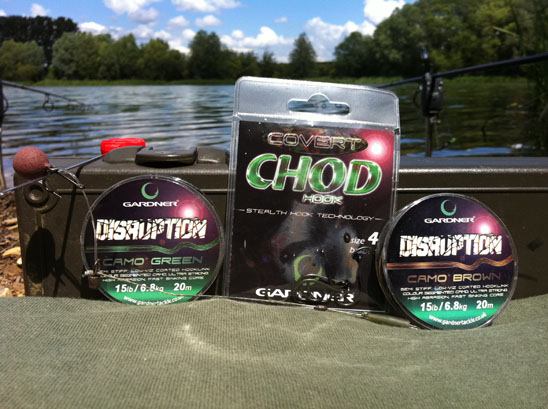 A light scattering twenty baits over the rig and then it was time to wait……. Sure enough at 4am the following morning I snared a 20lb 4 oz stocky for the second time this season!

When I had caught this fish previously in late February, as it was it’s first ever visit to the bank after stocking I had the honour of naming it ‘Corky’.

Although it wasn’t great to have a repeat capture so soon on a water with less than forty residents seeing ‘Corky’ again after a spirited 20 minute dawn battle was rewarding enough and had justified my earlier confidence.

The second day and night passed quietly and the spot under the tree spot seemed to be looking less likely to produce another bite, so for the final evening I moved it from there and started the usually arduous task of leading around to find a clear spot amongst the weed. I aimed at an area that I knew was relatively weed free (I use that term loosely on this lake!). Sure enough two chucks later I received the hoped for ‘donk’ down of my 3oz Bolt Bomb hitting the lake bed. In a flash I clipped the line up on the spool, tightened to the lead and then proceeded as always to pull the line through my fingers to feel for resistance from weed and debris that could hamper good presentation.

As I had hoped, the line pulled through my fingers resistance free so I knew the spot was clean. On the next exploratory lead chuck I landed around 8 foot left of my tree-line sight marker, and as I felt the lead down I got the dreaded soft feel down of my lead which usually meant a dense weedy landing.

Stubbornly I followed my routine of tightening down to the lead and pulling the line through my fingers expecting to feel that elastic pull of the lead snagging in the weed. I was shocked (and delighted) as all I felt was a sloppy soupy feel as I dragged my lead through this inadvertently found clear spot!

Another couple of lead chucks later I had ascertained it to be a clay pocket lightly covered by silt. This was deduced by the soft feel down of the lead and the habitual checking as always of the side of my lead and clips for telltale silt and clay residue left on after the lead had dragged across the bottom.

With the rig positioned as accurately as possible my confidence was restored.
This time I chose to fish a modified hinged stiff link style rig, made with a 3 inch section of stiff 20lb Trip Wire popped up off the swivel attached to a 6 inch length of brown Disruption. 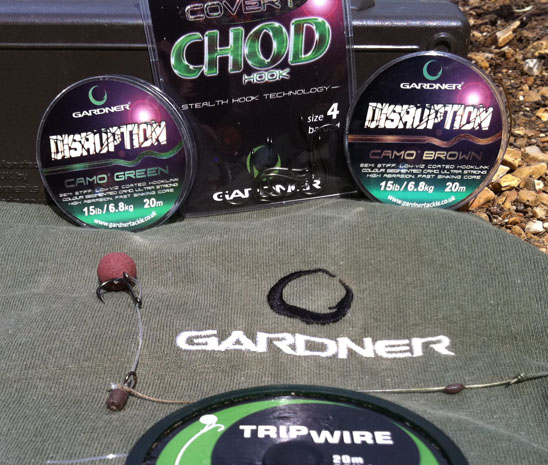 I fished this rig hoping for the hook bait to present the bait an inch above the shallow silt with all other components buried out of sight.

Right on cue at 6 am the following morning after a strange fight that culminated in me netting a huge ball of weed and having to root through it for what felt like an eternity in order to see my prize.

This time I had been rewarded with one of the original Mid-Northants fishery residents – ‘Snub Nose’ at a top weight of 38lb 2 oz. 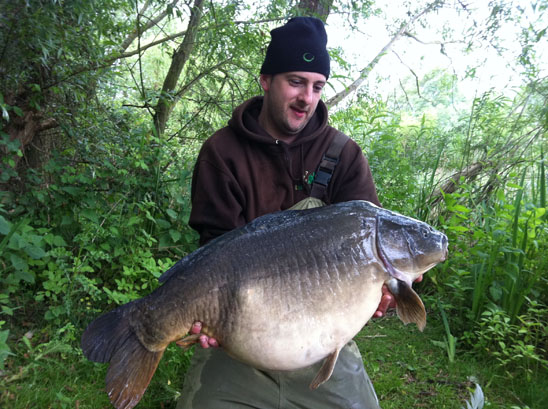 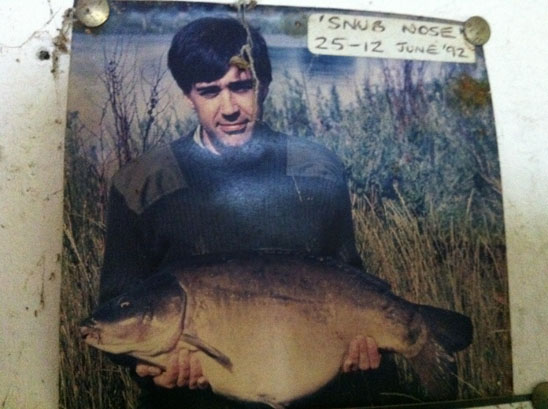 I’d enjoyed a real cracker of a 3 day session that poignantly displayed the past, present and future of carp fishing at this cracking venue – Ringstead.