This blog has plenty of up and downs, which can be said of most anglers out on the bank. So, hold on here’s my helter-skelter of a ride which is my carp angling experience this month.

It all started off on a good note with fishing a charity event on my local water, a few of the lads made the effort to come in fancy dress as well. To get into the spirit of the event I came dressed as a vicar, so when the swims were drawn and I parked my carp trolley in my allocated swim I thought it only appropriate that I should bless the swim and hopefully bring myself and my partner some luck. I did expect some guys in white coats to strap me in a straight jacket at any moment, but it was for a good cause. All the divine intervention in the world was not going to change the weather as it turned out to be a scorcher, which is not what the doctor ordered. Well that’s what they said when I was in my padded cell anyway. 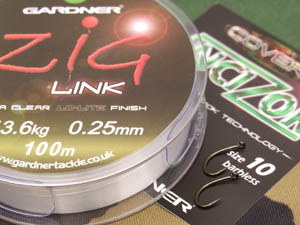 It turned out that the fishing was hard and try as I may the carp were not playing ball at all. I did spy some carp cruising on the surface on Saturday afternoon and I was soon winging out a controller to the distance to see if I could fool one into taking my hook bait. After a few hours I realised I was banging my head against a padded wall. With my thinking cap on, I rummaged through my pop ups and found what I was looking for, the new zig baits from Frank Warwick. These look the business, so I coupled these with the Gardner 8lb Zig Link and a size 10 Covert Incizor, which is a pattern of hook I prefer for zig fishing. 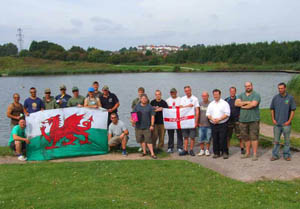 Within ten minutes I was away and was soon holding a pristine mid double common. The weekend came and went and the Welsh team showed their metal and won quite convincingly, but to be honest it was about the charity and everyone had a good time.

Two days later I was winging my way up the motorway for my own fishing and I was looking at a new water for the winter ahead. I was soon setting the traps and the kettle was soon singing its familiar sound.

The first cuppa seemed to be the best I had ever tasted and not long after my right hand rod was singing its own tune. I was like a coiled spring and launched myself into auto pilot, it didn’t seem to be that big and I certainly wasn’t disappointed when I slipped the net under it. A low double had me on the score sheet, however unfortunately I didn’t receive any further action after this. 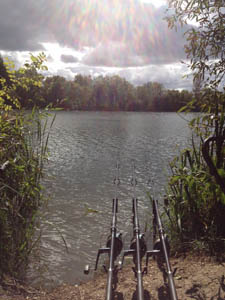 As you can imagine I was looking forward to my next trip the following week. Pulling up to the gate I was full of hope that I might bag myself one of the better ones that resided in the lake. I had a quick walk round, which didn’t reveal much and seeing I was the only one on the lake, I decided that I would park my gear in the same swim as the previous week. I had introduced over 5 kilos of Frank’s Bait on the spots last session, so it was a good starting point. I could always move if anything showed elsewhere.

The night came and went without action, which surprised me. It was then that a good friend of mine called to say on ‘the little car park’ there were loads of shows in the night and I needed to get my behind over there. A couple of hours later I was set up in my new swim on the lake in question and feeling confident.

I woke to silent alarms and now I was scratching my head wondering what I was doing wrong. All night the carp were jumping and rolling as if they were auditioning for a circus act, when I was rudely brought around to the Neville wailing like a banshee. Striking into what seemed a better stamp of carp, it was then that my nightmare started. The fish had picked up my other line, which initially wasn’t a problem until that rig caught up in weed and became immovable.

I was left with a big carp not coming any closer to me due to it being tethered by my other line and it was then it broke the surface and I saw it was the big common. I knew the last time it was caught it weighed 44lb 18 months ago. It didn’t matter how much I pulled I couldn’t get it any closer and the inevitable happened and the rig flew into my direction. My prize held there for a few moments and then slid away into its watery home. My feeling cannot be put into print, but to say I was gutted would be an understatement. At least I know my rigs and bait are working, so fingers crossed I have better luck next time eh??