Fourteen years ago Ben and I entered into the first ever British Carp Angling Championships. We have competed in the competition every year since. Along the way we have had our trials and tribulations and have even come close to winning it a couple of times. Well at long last we have triumphed in our quest to win the most prestigious carp tournament in the land.

After coming out of the draw bag last at Broadlands, we didn’t think our chances were good. One thing Ben and I never do though is give up, so we were going to give it our best. Our two swims gave us an island to cast to and a large area of open water.

We found some gravel close to the mouth of big bay and on the first day put two rods on it. About five kilos of boilies were put around the hook baits. This area of open water was to play a significant part in our success. We had a few carp from this area so decided to put a third rod on it. We now had three rods spaced out across the mouth of the bay.

On the last morning we were in the lead with just a few hours to go. It was the longest few hours of our lives. The hooter sounded and we had done it. We had finally won The British Carp Angling Championships!

Our hook links consisted of short 15lb silt colour Sly Skin for Ben and short 10lb silt coloured Target Speciskin for me, tied to the superb size 8 Continental Mugga hooks. These were attached to a size 8 swivel to Covert Multi Clips and a three ounce Pear Bomb. Readymade Plummet leadcore leaders completed the set up. After casting the rig out teh finishing touch was to attach a Drop Out Back Lead was place on the line to pin it all to the bottom.

It worked a treat. 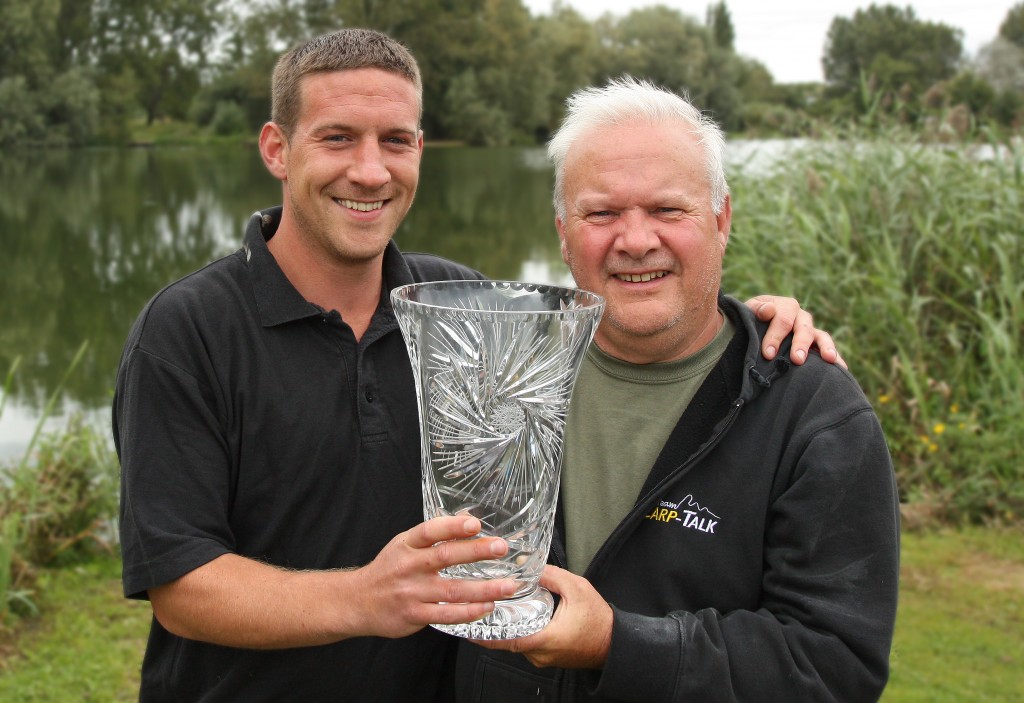