I have started fishing a new water but at the moment I don’t want to name it so I will call it ‘little car park’ as this is exactly what it reminds me of. The carp swimming in its water are of the same quality, really nice looking fish. In my new monthly blog I aim to show you the ups and downs of carp fishing on these types of low stock waters. I don’t expect to catch loads through the season, but I hope to bank a few corkers along the way. As they say you can’t catch anything sat at home on the sofa.

My first session on the lake and I had a few nights on my hands, so I made the most of it so when I arrived and I was in no rush to get set up. After a few circuits of the lake I had the privilege of seeing a few shows at the shallow end of the lake. I decided that this would be the place to start and I could always move if needed. 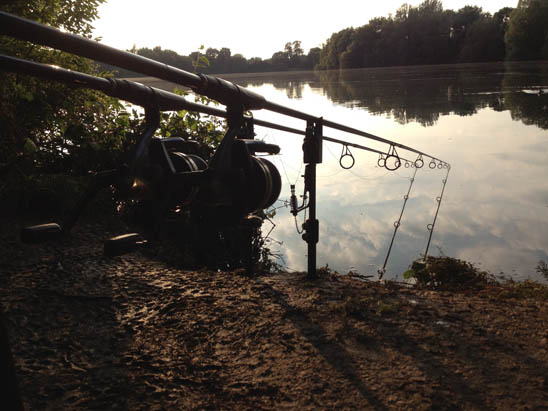 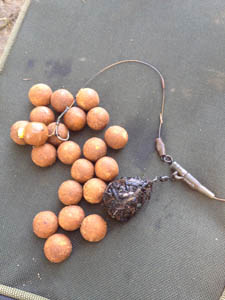 A few casts with the marker float revealed a gravel bar running into the edge of the swim. I’m not one to fish to bare gravel, so I opted to fish in the silt as it dropped from 6ft to 9ft. On this rod I used a Frank Warwick Baits Wafter, attached to a size 6 Covert Incizor line aligned. I felt the silt wasn’t too deep, so I decided to use a Disruption hook length, as I hoped the broken silhouette would work in my favour. I coupled this with a Covert Multi Clip in C-Thru Brown as I hoped this subtle colour would blend into the lake bed. 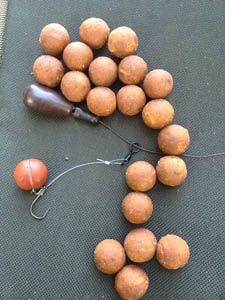 On my second rod I was going to use a chod rig with a Frank Warwick pop up, these are without doubt the most buoyant pop ups I have ever used. This was tied to a size 6 Covert Chod hook attached to a length of the awesome Trip Wire. A size 11 swivel rig I would be fishing this over a light scattering of boilies, but this could also be used to cast to showing fish if need be.

The session passed without action however, a lot was learnt rig wise and how the fish behaved. They were very mobile and one minute they would be showing near to where I was fishing and a couple of hours later they would be jumping at the opposite end of the lake. These carp are very nomadic and my plan in the future is to dig out my brolly system and try and move sticks if the carp are in another part of the lake.

Since my first trip, I have done a couple more sessions on the water and fished different swims. The information I have pieced together has been written down with the relevant info for future reference in my little black book. This will prove invaluable when plopping myself into a likely swim as I won’t have to thrash the water to a foam when moving onto showing fish.