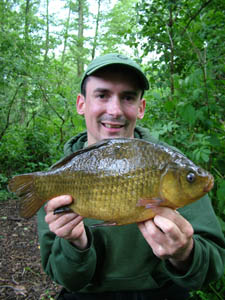 Short session fishing has been the name of the game in June. Time has once again been a little restricted but this hasn’t stopped me getting out and putting a few fish on the bank. First stop was a couple of evening trips to the crucian lake, which was a nice way to end a hard day at work. However, I did manage one day session which proved particularly fruitful. Most evenings I managed to get amongst them, landing 3lb+ fish each trip. 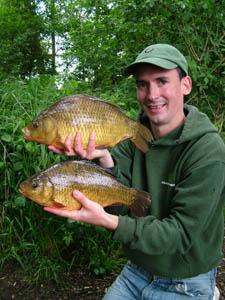 The best evening was my first trip of the month when I managed nine crucians with three fish weighing over 3lbs, the best 3lb 7oz 8drams.

A full day session on the water produced 17 tench and 3 crucians, the best a brace weighing 2lb 3oz and 2lb 9oz. Small flatbed method feeders proved deadly for the crucians and tench. Tackle consisted of my favourite 6lb Hydro Flo mainline and a short length of 5lb Gardner Target fluorocarbon. Without a doubt a small 6mm pellet or a mini piece of imitation corn from Enterprise Tackle proved deadly. 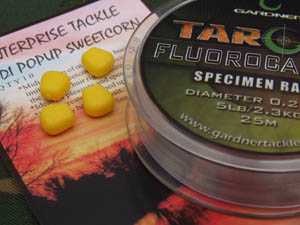 The following evening I had rudd on the brain and visited a 60 acre southern venue. Arriving during one of the England football games I wasn’t surprised to find the lake deserted of anglers. I set up in one of my favourite swims and using a small Pocket Rocket deposited a spread of white maggots and hemp. I rigged up with a standard helicopter rig using a size 20 swivel sandwiched between two Garner Target Rig Stops. A short four inch hook length was tied with 5lb Target Fluorocarbon. A size 16 hook was baited with two white maggots flavoured in Enterprise Tackle’s Tutti Fruity and Pineapple flavour. A small piece of 6mm pop up foam was added to the hookbait to pop it up off the bottom. 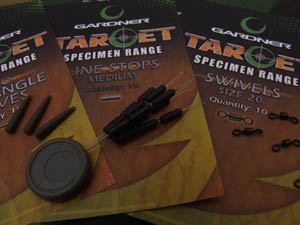 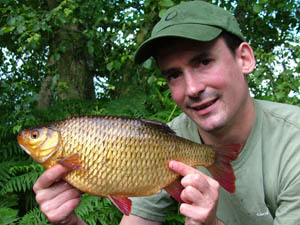 It took just over an hour to get my first bite which produced my first rudd of the season weighing 2lb 10oz. Two more fish over 2lbs followed in quick succession weighing 2lb 1oz and 2lb 3oz before a tench wrecked the swim. I had to wait until just after dark for my next bite, which produced a rudd weighing 2lb 12oz. I returned the next evening for a couple of hours and managed two fish weighing just short of 2lb. 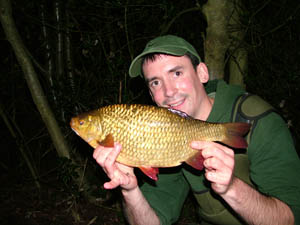