May has been a mixed month as far as my fishing has been concerned. I have changed job roles at Gardner Tackle moving from UK Sales to a media role. Time spent writing articles, liaising with sponsored anglers and promoting the new Target Specimen range from Gardner has left me with a limited time to fish. 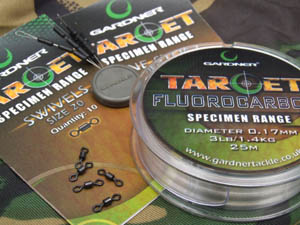 The short time I have had out on the bank shooting features has been successful and very enjoyable. The first session of the month was spent targeting roach as part of my ‘Target’ series in Total Coarse fishing magazine. The aim was to catch a 2lb roach live in front of the cameras, a tough objective. The day went well and several good roach fell to the rods, I can’t reveal much more but check out next month’s magazine to see how I got on. 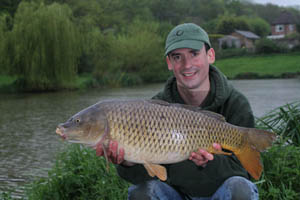 In the afternoon the wind got up and the heavens opened. After spotting several carp along the margin to my left, I grabbed a carp rod from the van. I quickly rigged up with a 2.5oz inline lead with a long length of Plummet leadcore. A short five inch hook length was tied using 15lb brown Trickster braid and two pieces of Enterprise Tackle Super Soft imitation corn were threaded onto the hair. Removing the hook length, I cast the lead onto the far bank and quickly tied on the rig. I added a small Micromesh PVA bag to the hook and using a Gardner baiting pole positioned the bait with the minimal disturbance under an overhanging willow. A couple of handfuls of small 4mm pellets, hemp and a few grains of corn were scattered over the top of the rig. I Walked back to the rod and added a small Drop Out back lead to keep the line pinned to the deck. Over the next two hours I took five carp from that one rod, all doubles with the best weighing 18lb 8oz. 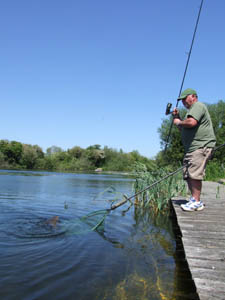 My next trip out was shooting a tench feature for Angling Times with new Gardner Target Specimen member Tony King. Tony had been slaying the tench in previous weeks and we both hoped he could do the same for the cameras. A great day was spent with gathering plenty of shots for the feature as well as gathering information for future projects. An action packed day was had and Tony did exceptionally well, even when temperatures exceeded 20C.

A couple of days later again I teamed up with the Total Coarse Fishing cameras, this time with the aim of catching a 7lb tench. I travelled south to the same complex I had visited with Tony only a few days before. I had yet to fish the venue myself, but judging by what Tony had been catching I hoped for a good session. Again I can’t reveal too much, apart from I caught plenty of tench for the cameras and a bonus 25lb 10oz mirror. 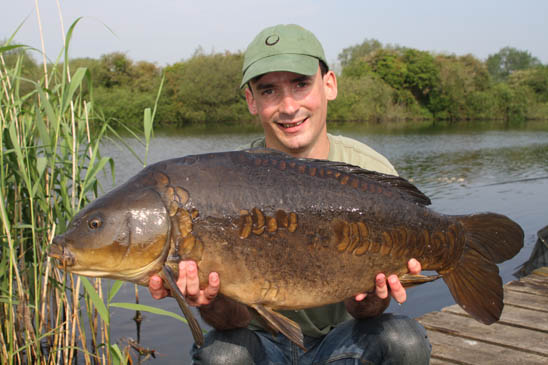