Having got through the first round of the England Carp Team trials at Drayton reservoir, Ben and I now had to travel north to Wyreside Lakes to compete in the next trial. We would be up against some of the top carp match anglers in the country. Wyreside Lakes is a truly picturesque fishing venue surrounded by hills with a river on one side. Wyre was the name of the lake we would be fishing in this trial. We arrived not knowing anything about the lake, so it was all new to us. We were told that it’s not an easy lake and not many carp would be caught.
With the draw done, we settled into our swim and went about the business of setting up our rods. With an island, a plateau and some snags to fish to, we were excited at the challenge ahead of us.
Our rig set up was pretty basic and was made up with five inches of 15lb Sly Skin tied to size 8 Continental Mugga hooks. The Continental Mugga hook’s are the strongest hook we’ve ever used. 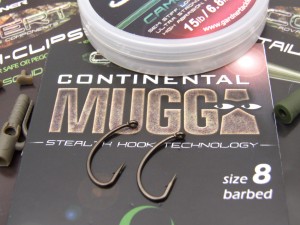 As ever Gardner Shrink Tube was added to the eye of the hook. Three ounce Bolt leads were attached to Covert Multi clips and the Covert Tail Rubbers were lightly pushed onto the clips. This would allow the lead to be easily ejected if it got caught up on anything and completed the business end of our rigs. Our reel line was 15lb HydroTuff used straight through to the swivel in the clip. This was because leaders of any kind were not allowed and there were snags and boulders in the lake, so we needed something that could handle it. 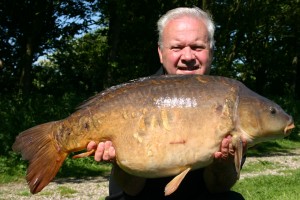 Barry with a cracking Wyeside Mirror 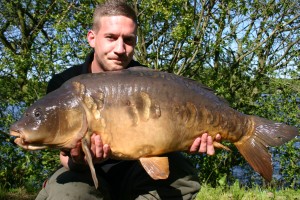 We had a double take which put both the Commons on the bank at the same time and finished the match about 100lbs in front of second place.

We were happy with our result and hope that it further enhances our chances of being in the England Carp Team that goes to Romania.

Gardner Tackle comment: Barry and Ben form a formidable partnership and have an enviable track record in carp competition angling over the last few years.
Their recent form in matches has been nothing short of staggering and we firmly believe they would make an excellent addition to the British team if they are selected to go to Romania.
Good luck lads!… 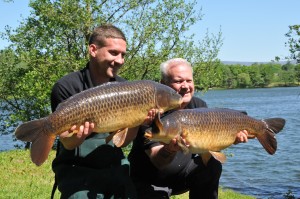