My Trip Back Home! – by Tom Oliver

After finishing off another brilliant but busy week at FLE I headed up the A34 towards Banbury where my parents live. The area holds some very special memories for me – not only is it the place I grew up but it’s where I started my obsession with angling, and more specifically carp fishing! As many of you will be aware Oxfordshire and the surrounding area is renowned for having lakes containing some beautiful old original Leney strain carp. 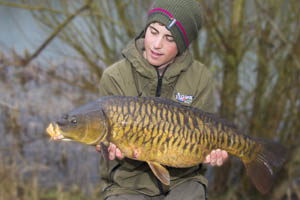 Whenever I am back in this area I can’t help but visit some of my old stomping grounds and a couple of waters in particular will always remain very special to me. After a short journey of around an hour and a half I arrived at Bodicote Reservoir, it was still light so I had a quick walk around the lake. The lake is an irrigation pond of about 1 acre in size and has depth ranging from 2ft-22ft in places. It is also very clear as the water is fed into the lake via an underground natural spring. This in turn means that the fish grow very well as the water quality is impeccable and there is an abundance of natural food. The lake was stocked with a dozen or so Leney strain carp in the 1970’s and the current stock includes around 20 of those original fish (or their descendants) up to nearly 30lb. When I was first getting into carp fishing I spent many years chasing these very tricky to catch fish and still love to do so now! 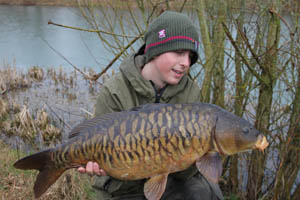 I set up in one of my old favourite spots, as light was now beginning to fade and I hadn’t seen anything on my walk around. Rigs were kept fairly simple – just 7 inches of 15lb Disruption coupled with a size 10 Covert Mugga and a Covert Multi Clip leadclip attached to a 25lb Mirage Flurocarbon leader. For bait I used a 15mm CC Moore ‘Live System’ bottom bait balanced with a sliver of white rig foam. This was all presented on a clear area amongst weed in the margin to my left and baited with plenty of mixed sized trout pellet and Live System free-offerings. Ultra slack lines were needed as these carp are very cute and spook of the slightest thing un-natural. My other rod was fished with the exact same set up but this time on the far bank margin.

I was just happy to be back at the lake and with no-one else present I settled in for the night. The evening was quite eventful with the capture of five different tench up to 5lb, but being very tired from my week at work I was asleep by 10pm. I awoke the next morning at around 5.30am and the weather had taken a turn for the worst and it was pouring down, so rather than rush to get out of my sleeping bag I put the kettle on and looked out over my spots. By the time the kettle had boiled my right hand rod gave a couple of bleeps before tearing in to life! The battle was epic to say the least but I very soon had one of the lakes prizes in the fold of my net! On the scales she went 16.14lb but weight really was immaterial I had caught an original Leney from 1970, one of twenty carp in the lake, and on a quick over night!! 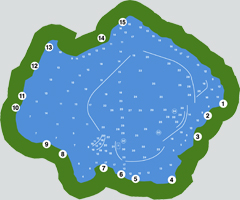 After getting my dad out of bed for some photos I was back in the van making a short journey to meet an old friend at Bishops Bowl Fishery. The plan was to fish on the Mitre Lake as I have a match in June there.

Bishops Bowl Fishery is a complex of lakes that were part of an old limestone quarry dig from many, many years ago and have recently been taken over by top class match angler Shaun Smart and his wife Sarah. The complex has to be seen to be believed it really is breath taking and a lot of the site is actually SSSI to protect the beauty and diversity of rare flowers that are present. To go with the beautiful surroundings there are also lots of beautiful carp. All of the lakes contain some original Leney strain carp as well as some real stunners that have since been stocked. 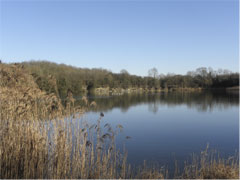 The Mitre Lake is just under 6 acres and has a good head of doubles with many of the fish now well above 20lb and the lake record currently stands at 27Ib 12 ounces – although many fish have been seen that look a lot bigger and there is still an element of mystery to the lake. The water is extremely deep in places with depths ranging from 5ft to 36ft!! It is also of very high water quality and brimming with natural food. This is great for the fish stocks and it will definitely hold a good head of 30lb+ fish in the very near future. However as I was to find out on this trip the naturals can cause a real problem for the angler! 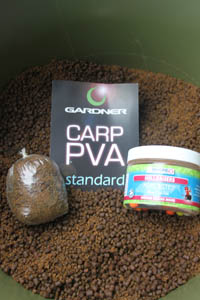 I arrived at the lake around 11am and after a brief catch up with Shaun the owner I was setting up in swim 15 that commands part of a cliff wall. Shaun had said that not many fish were being caught from the lake recently although he put this down to the poor weather and the stamp of angler that had been visiting the lake. I knew from previous experience that the carp in this lake loved pellet so tactic wise my ever faithful solid pva bags were used. 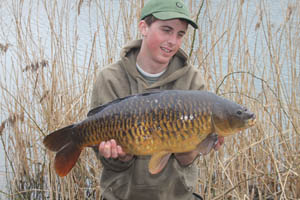 I fished with two of my rods to the cliff wall and a third in the margin to my right in around 10ft of water. Using a 12mm CC Moore pink ‘Northern Special’ in the solid bag with a mixture of different sized trout pellet, I was also boosting the pulling power of my bags by adding a little Feedstim XP and Live System glug. Within a minute of casting out I was in and very soon had a pretty 12lb mirror in the net. I carried on catching throughout my 24hr visit but I kept facing some real problems. 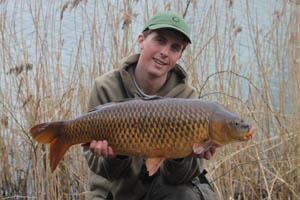 The pea and zebra mussels in the lake were everywhere and my 25lb fluorocarbon leaders were being cut off on the take on some occasions. I was losing a fair few fish and something had to be done about it! I opted to fish 30ft of 25lb Mirage as a leader and I coupled that with 8ft of Plummet leadcore near the business end. It looked pretty heinous but it did the job and very soon after I was back in with the action this time with no dramas! 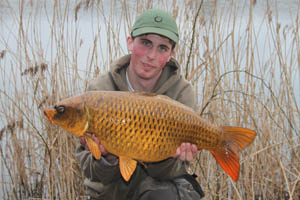 The stamp of fish was great I was catching mid double Leney mirrors like they were going out of fashion, on many occasions the takes were occurring as I was setting the bobbin. All of the action was coming off one rod fished tight to the cliff wall and I actually reeled in my rod in the right hand margin so that I had a spare rod bagged up at all times to increase efficiency! I had a great time and caught some beautiful fish with the biggest weighing 17.12lb. I will defiantly be going back in the very near future for some more of those beautiful fish, hopefully next time I will get in amongst some of the bigger ones. Thanks to Shaun and Sarah once again for being so helpful and friendly. 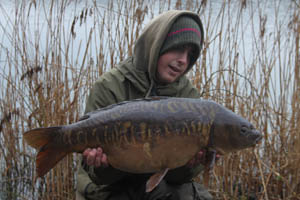