I have done very little fishing this month, mostly due to being on work experience for a few weeks, but also my continued lack of interest in fishing on the whole! However towards the end of the month I went on an overnight session on Broadlands practicing for the BCAC with my partner for the match Ryan Dyke.

The lake was rammed when we arrived, as typically it was the only local lake that wasn’t completely frozen! Fortunately for us a swim which had been iced over de-frosted as we got to it, so we quickly set up in there.

With the rods nicely cast to the island with solid bag set ups, we sat back for a chat but before long my middle rod was ripping away! Unfortunately it turned out to a swan that had managed to tangle my line around its leg. This was annoying once – but having it happen 3 times in the space of a few hours got a bit beyond annoying and eventually I had to move the rod from what looked like a good spot. The weather stayed very cold, and despite our best efforts neither me nor Ryan could winkle out a fish.

On the way home I decided to drop back into my syndicate lake to have a wander about and try and light the spark again before the end of the season! Nothing had been out since the beginning of February, but it was still good enough to get the interest up for a session or 2! I was back the following day with my spod rod and a bucket of bait to find some spots and pre-bait for a quick overnighter the following Tuesday.

It was amazing to be able to cast a lead out, and then not have to spend half an hour cranking back a monumental ball of weed, and after around 3 or 4 hours I’d found a few nice spots and introduced about 1/2kg of hemp, Mainline Cell (rolled by Kent Particles) and corn ready for my return. The plan was to arrive at around 5AM and have 2 rods cast onto the spot quickly, as from what I had been told winter bite time was from first light until 10am. 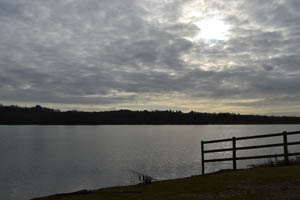 My alarm woke me up at 4:30AM on the Tuesday and I managed to drag myself out of bed and set off the lake. With the rods already clipped up to the mark (130 yards with 15lb Hydrotuff – a great testament to this line!) it was a simple job getting them out. Within an hour the bobbins were twitching and just after it got light the right hand rod lifted and dropped and a bream was on. Not good! It was only a small one so I slipped it back and got the rod straight back out, but nothing else happened for the morning so I reeled and rested the swim until the evening. 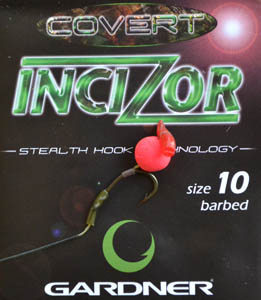 I topped the spot up with another 10 or so spods of maggots and recast at around 5PM and got the kettle on, feeling happy to be back on the bank. It wasn’t until 9am the next day the left rod pulled tight, and I lifted into something that felt very sluggish and had a bit of weight behind it! Feeling very nervous I worked the fish back, and after a bit of a fight under the rod tip, the biggest bream I have ever seen popped up. So big, I even weighed it, a new PB bream of 14lb and took some photos! That was the end of any action, but I wanted to be back on the bank again and returned the following Tuesday! 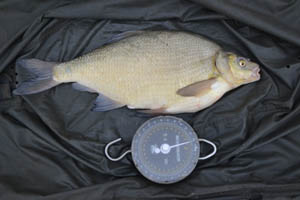 I followed the same plan as last week, pre-baiting the night before and getting the rods out as it got dark. Similarly to last week, the alarms kept beeping and after 20 minutes the middle rod whipped tight and after another nervous battle it was a tench of over 7lb that had picked up my bait! And over the next 2 hours I managed 2 more bream, one of 10lb 2oz and one of 10lb 10oz. I was using rigs comprising size 10 Covert Incizors, a short section of 15lb Chod Skin and a tiny 6mm flouro pop-up tipped with a fake maggot- which may have explained my sudden rise to being a specimen angler! 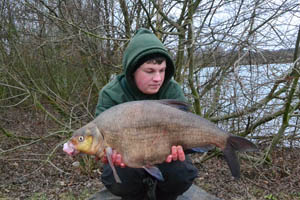 The swim died during the day, but after topping it up again and recasting the liners started and continued for about 3 hours! Nothing happened, and in hindsight I’m pretty sure it was a shoal of bream or tench. I woke in the morning to see a guy in the swim at the opposite end of the lake and a completely different area to where fish are normally caught at this time of year cradling a 37lber for the camera! I packed up shortly afterwards, with my understanding of the water and the fish being thrown out the window – again!

That’s all the fishing I have done this month, but next month I will be trying to winkle out another fish from the syndicate before the end of the season. After that I’m not too sure, there are a few waters with some special fish I would love to catch, but I still can’t make my mind up!