I really enjoy fishing venues for the ‘unknown’, so when a ticket came available at the end of July to do just this I couldn’t resist. I just couldn’t wait to get going, and the thought of 96 acres of untapped potential on a complex that has produced monster fish of various species sounded too good to be true.

After talking at length with the fishery manager about the various species that the lake might hold he mentioned some big bream the venue contained. He estimated that around 150 fish were present, so I knew it wouldn’t be fast and furious action to the say the least. My main worry fishing a venue with such a low stock of fish is that bream shoals can be very nomadic meaning location could be difficult.
One trick I did have up my sleeve is the venue allows the use of boats which would make finding areas, and particularly introducing bait, much easier. The only downfall is all rigs have to be cast from the bank and in no circumstances dropped from the boat. This didn’t bother me in the slightest as I intended to lay down a large carpet of feed and fish three rods spread across it, maximising my chances when the bream hopefully decided to feed.

I was soon ready to go, and armed with my newly purchased Aqua-Scope and some Gardner H Blok markers I was soon drifting around the pit looking for likely looking areas. On the entrance to a large finger bay (though being around 8 acres in size it was more like its own lake) I found what I was looking for. Leaning over the side of the boat a large gravel bar became apparent. Running some 60 yards in length it seemed polished and rose at least two feet off the bottom in places and a rod length in width. It seemed the obvious ambush point. Being only 40 yards range from the bank meant that casting rigs accurately onto the bar should be little hassle, even in the strongest of cross winds. 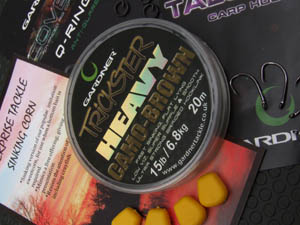 After accurately marking the bar I was soon grabbing my kit from the van. Conditions were warm and I was in no hurry to set up as I expected any fish to feed late into the night. All three rods were set up identically using 12lb Hydro Tuff mainline, 2oz Gardner inline flat pear leads and 3 feet of Plummet leadcore.  My chosen hooklength was 7 inches of 15lb Trickster braid tied to a size 8 Talon Tip hook.  This might sound heavy to many bream anglers but with severe weed to contend with, and some very large carp, I wanted to make sure that if I was lucky enough to hook one I would have good chance of landing it.
I favour supple braided hook lengths over skinned variety’s as I feel that it offers a much more natural presentation especially when fishing over large beds of fine food items. I really like the Trickster braid and since testing early samples I have used little else.

Two pieces of unflavoured Enterprise plastic Sweetcorn were used as hookbait, one sinking and one floating, which perfectly balanced the weight of the hook allowing the corn to sit up the length of the hair.

I soon had 15 litres of Sonubaits F1 and Supercrush Green groundbait covering the bar and three rods accurately positioned over the baited area. As the sun began to drop behind the trees I was expectant of some action.

Over the two day session I managed to land seven big bream from the bar, the best weighing 12lb 10oz, and naturally I couldn’t wait to get back. Over the next 6 weeks using the same tactics I kept plundering the bream shoals and managed 37 fish including 14 doubles with the best weighing 13lb 2oz. 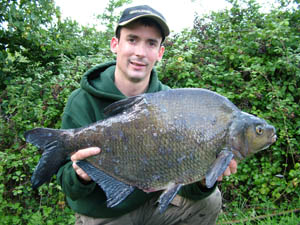 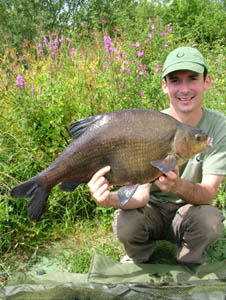 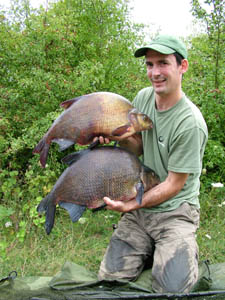 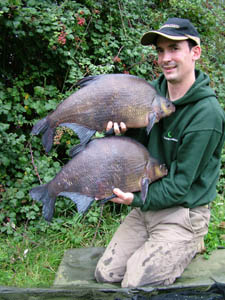 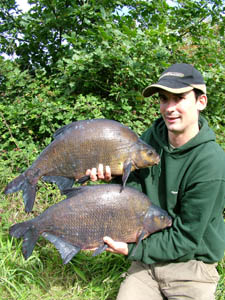 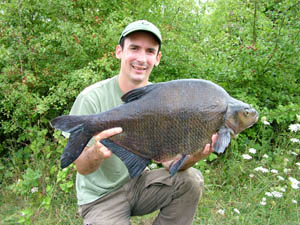 These fell from various areas around the lake however, it was noticeable that after a couple of sessions these spots would start to die and finding a new area was crucial if I wanted the action to keep coming.  The Enterprise plastic corn proved its worth as after experimenting with baits this produced every fish and the small 12mm boilies which I thought would be deadly remained untouched. When viewing the spots the morning after bream action these were regularly the only food items left!