The third week of September was written in red in my dairy, because that was a week of fishing booked at the holy grail of carp fishing  – RAINBOW LAKE.

We left on Friday morning, and after a drive of 930 km I parked my car in front of the clubhouse at Rainbow. As it was already 10.30PM the clubhouse was empty. After a short while Paul, the son of Pascal (Rainbow lake’s owner) showed up. Paul had some great news for us. If we wanted, we could switch swims as there was nobody currently fishing in swims 17 and 18. We were booked for swim 1 and 2, but when Paul said that the guys who previously fished swims 1 and 2 had only caught one fish a change seemed very appealing… 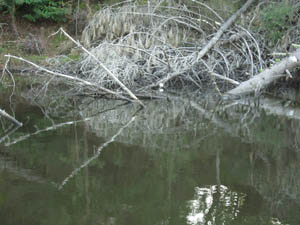 Fishing in swims 18 and 17 can be very tricky! You’re fishing in front of an Island that is surrounded with big fallen trees lying in the water, PURE AND HARD SNAG FISHING…..

After a couple of drinks in the clubhouse it was time to get a good nights sleep because we wanted to get up early to make a tour around the lake to see what the other anglers had been catching. After our tour it was time to get the gear out. Now that I have a trailer I always seem to end up taking even more gear up to the lake! 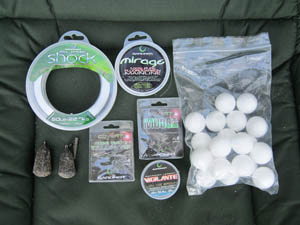 After putting the bivvy, rods and other tackle in place I got the boat out to take a good look at the spots between the snag trees.  I immediatley understood that it would not be an easy job to lan these fish once they are hooked out near these snags. By using 45Ib Vigilante as hooklink, combined with a size 4 Mugga hook and a 50Ib Sure-Shock snag leader I thought I have should have a very good chance though.  This year I have fished on a number of  venues in Belgium and in France with 25Ib Vigilante in a number of different situations, and I must say, what a great hooklink! I know that it wasn’t “designed” to solely be used as a hooklink but also as a snag leader, but who cares, as long as it does the job….

After 5 hours of fishing I had my first savage take. As I was fishing locked-up with straps tied around the rods, it was a case of being fast to the rods, otherwise bye-bye rod!  The first fish was lost unfortunateley, there was so much pressure that the hook had pulled, I felt gutted.  The immense presuure your tackle is subject to at Rainbow Lake is like no other water you will ever fish! 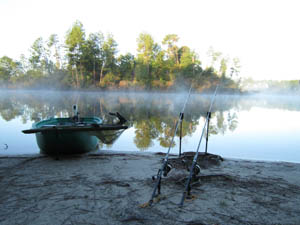 When I was tying a new rig, I decided to give the Talon Tips a go as I had never used these hooks before. A few hours later the same rod bent down, indicating a pick up and again I was in to fish. After  only a few seconds of holding he was off – the  45Ib Vigilante had been cut! What savage snag fishing….

I started thinking of another tactic, because it was clear that if I continued fishing this way, I may never net a fish.  After a lot of thought I decided to stop fishing completly locked-up, instead turning the baitrunner on to its “heaviest set” mode. This would mean that  for a few seconds the preasure would not be so hard, and the fish could take a few inches of line.  Wonder wonder….

Its amazing how a small change can make such a difference.With this little change I managed to get them out of the snags, without losing them, or having hook pulls. 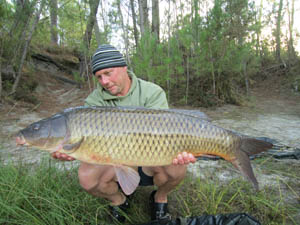 The first fish I landed was a long common of 11 kg. That was a really good feeling to have, the first fish was in the net.

What worried me was the hookhold in the fish’s mouth – as you have to put extreme pressure for the first seconds of the fight the hook is “working” in the fish’s mouth. Once you where away from the snags you could play your fish in safe water, as you don’t have snags in front of you, but nice depts of abouth 10 meters, enabling  you to play them steadily. 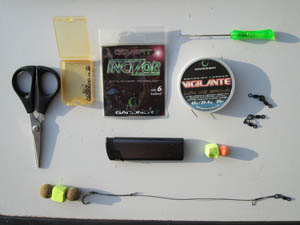 As I am also a great fan of the Incizor hooks I decided to give them a go as well tying them up with a loop, and a small rig ring on the shank of the hook.  Atttached to the rig ring was a little piece of braid to form a “hair”. On the hair I mounted t three small baits, a KGB Spicey Liver Scopex, a cubed pop-up and again a sinker (14mm).  This rig works very well, and I previously I tried this rig out on my local venues in Belgium and every fish was nailed in the bottom lip, as you tie it with the loop and not with a knot, the hook sits like a claw and hooks very aggressively.

Now that I had made all these little changes to my “end tackle” my confidence was sky high. 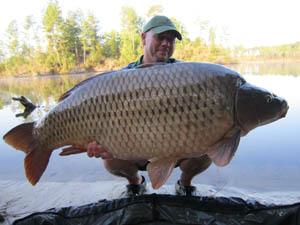 My second fish came in the middle of the night. I had a few bleeps and was immediatly awake and behind my rods.  As I was intently watching my Bug indicator I saw it rising and took the rod, set full power and started to walk back-wards. The fish was only for a couple of seconds in the ‘danger zone’ but lucky for me he switched direction and I could play him in safer water.  I played him steadily because I had the impression that it was a good fish. All this was done in complete darkness as I had lost my headlight in my sleep. After a hard struggle of about 20  minutes I put my Out-Reach landing net under a massive fish. 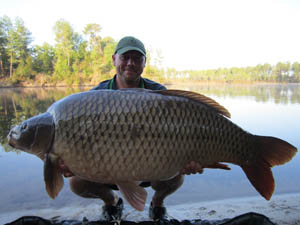 Leaving my landing net in the water I quickly  went searching for my head torch, so when I finally saw the fish in my net I was impressed, what a beast.! With the fish on my unhooking mat I understood that I had finally caught a new personal best.  I put the fish temporarily into a recovery sling and went to swim 18 to get my mate Bart.  Bart came and helped me with weighing the fish, the verdict was 30.4 kg. YES!
After 14 years i had a new PB, having caught the famous belgian common ‘SKUP’ at 29 kg in 1997. What a result!

It was only 5AM but Bart and I had a good Bier, it didn’t taste greeat to me but it was good for my shaking…… 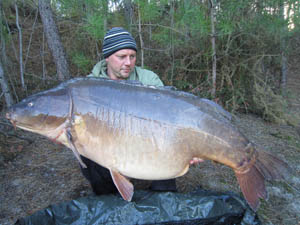 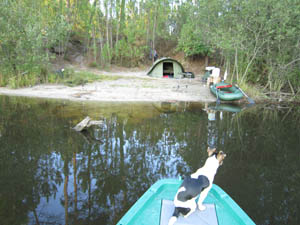 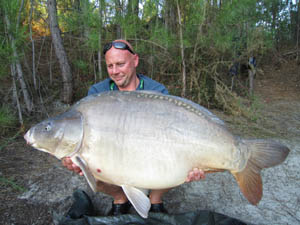 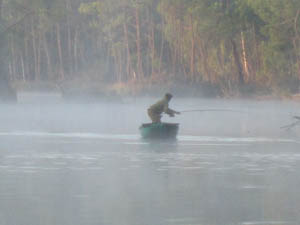 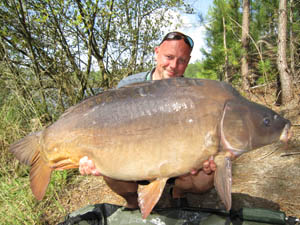 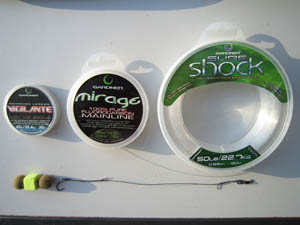 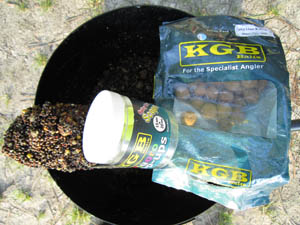 The bait I was using is KGB Spicey Liver Scopex (small baits of 10 mm and 14 mm).  I also used a lot af small birdseeds and dry boiliemix (KGB calls it ‘Eruption Stickmix’). This mix of small seeds (tropical bird mix) and the Eruption Stick Mix blended  together really keeps the fish going on the spots as there are so many small food particles on the bottom that they have to stay on the spot (and believe they do, they want it all).

After all I had a good week….superb weather, and good fish. Next year I am back……for more